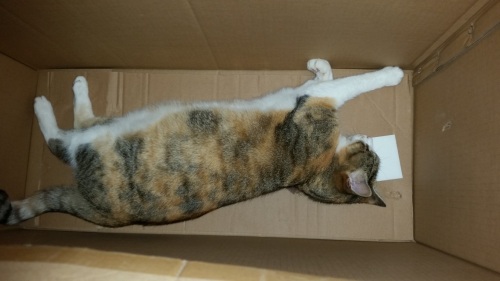 I recently sent off a novel for editing.  This is not an unusual experience for most writers, but this is the first time that the real Schrödinger effect of editing struck me.

There are a number of things that make this a unique edit for me. Firstly, and most obviously, it’s the first full-length Steampunk book I’ve ever written.  I wrote a 10,000-word short story that was steampunk and got published in Steel & Bone from Xchyler Publishing, but in doing so, I found I really enjoyed the genre so I decided to try it in a full novel.  Shades is my offering.  So as it’s something fairly new, and I really want it to be seen as good.  At the same time, I am expecting that there will be a lot of editing to do, no one gets everything right on the first attempt.

But the other thing about Shades is that it’s both new and not.  You see the female lead, Amethyst, is new, but the male lead, the hero, Maker, is not.  I wrote another book with Maker in years and years ago.  Then I sent it to my editor, I waited, and when finally it came back – well, let’s just say that manuscript will never see the light of day again.

But Maker was too good to consign to the waste basket.  He needed to be given another chance.  The reason that the first book was written was because he jumped into my head and I had to get him down on paper, and maybe that was the problem with the first version, it was the first splurge, like an artist’s rough sketch before the finding the right competition.  I should also admit that he’s been in my head since 1996, so that’s 20 years of knowing him.  He’s kind of important to me.  So I have to find the right outlet for Maker and I think that Shades is it.

But I’m scared my editor won’t think so too.

See the editor in question, the one who is seeing the new Maker – is the one that tore down the previous Maker.  Though to be fair it was more Autumn Raine, the girl Maker originally partnered with that the editor really objected to – she was too much like me apparently.  Yeah, and somehow my editor and me are still friends!

So that’s why it’s Schrodinger’s edit.  I really want it to be good, but I’ve a horrid suspicion that it’ll come back with same message as before – it’s rubbish.  I want my editor to love it, but what if he hates it?

Of course, I know it’s not just me that feels this way.  Every writer who risks sending anything to an editor, or indeed anyone, feels this way.  We all want to be liked and fear that we won’t be.  It’s a dichotomy, but we all feel it.

I am a tough editor, I know that, I have been accused to leaving authors bleeding on the rug – they deserved it I swear!  And I always give advise on how to improve.  The thing is, I don’t think anyone benefits from false praise – me included so it if you want to complain about my writing, feel free to leave constructive critism in the comments below.  By the same token, if you get an edit from me and there’s actual stated praise – take that as a very, very good sign.

So until I get the critique, my editor has to love and hate it all at the same time.  Even when I get that email, there can be so many days when I leave it unopened, like I did the last one as I was afraid to open it in case the book wasn’t good enough.  So it could remain forever, Schrodinger’s Edit.